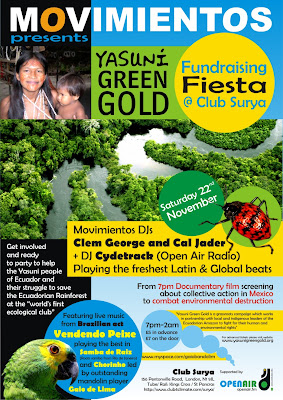 *"Yasuni Green Gold is a grassroots campaign which works in partnership with local and indigenous leaders of the Ecuadorian Amazon to fight for their human and environmental rights". www.yasunigreengold.org