Tuesday with Simon Webb the environmental adviser to the Liberal Democrats 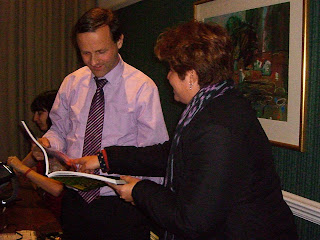 Tuesday we were a little more together, we now had well planned out how we were going to construct the meetings, what we were going to say and what we were asking for. Simon was great he said he would invite the Ambassador in the present the proposal and that he would put forward the campaign concerns, guarantees for the Yasuni and it people and a clear idea as to where the money would go and an unlimited time in which to work these things out.
Posted by Yasuni Green Gold at 08:23